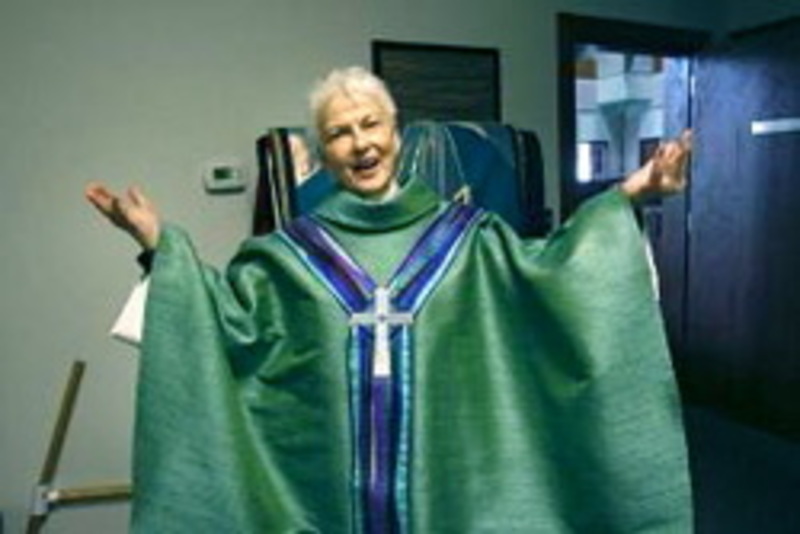 “Then two bandits were crucified with him, one on his right and one on his left. Those who passed by derided him, shaking their heads and saying, “You who would destroy the temple and build it in three days, save yourself! If you are the Son of God, come down from the cross.” In the same way the chief priests also, along with the scribes and elders, were mocking him, saying, “He saved others; he cannot save himself. He is the King of Israel; let him come down from the cross now, and we will believe in him. He trusts in God; let God deliver him now, if he wants to; for he said, ‘I am God’s Son.’” The bandits who were crucified with him also taunted him in the same way.” (Matthew 27:38-44)

We have this scene of Jesus being mocked and derided as he hangs from the cross. One phrase got my attention this time: “… the chief priests also, along with the scribes and elders, were mocking him…” (Matthew 27:41)

These were the most educated and experienced leaders of the Jewish faith - chief priests, scribes, and elders.

I have been thinking about elders lately - how we treat our elders, elders as crucial leaders in Native American communities and churches, the wisdom of elders, and now… whether I am becoming an elder.

I was having lunch with two friends last week - Michael and Paul - and our conversation turned to elders. Michael said something like this: “We have more elderly people in the U.S. than at any point in our history, but they aren’t necessarily all elders.” Michael is the rector of St. Elizabeth’s Episcopal Church in Whiterocks, Utah, a historic church on the Ute Reservation. Over 85% of the members of St. Elizabeth’s are Utes, and Michael consistency tells me about the leadership of the Ute elders - both men and women - and all he has learned from them in the six years he has served at St. Elizabeth’s. (Michael is white.)

In the passage above, the Jewish elders were mocking Jesus as he hung from the cross. It makes me think that they were not really elders - just elders in title.

I think the conversation last week was the first time that I started thinking about whether I am becoming an elder. My wife, Julia, died three months ago, I turn 65 next month, and I am retiring in September. All these circumstances get me to thinking. I am not planning for my retirement to be a “full stop.” I think I have as much to offer a church or the community where I live as I ever had. So I am pondering what my retirement will be. I don’t want to be “put out to pasture” or written off as obsolete because of my age or my gray hair. I believe I have some wisdom to offer - in my volunteering, in serving other churches as a supply priest or a short-term interim, as a preacher, as a writer, as a leader of a Lectio Divina group, as a father and friend.

I am very aware that one does not become an elder just by reaching a certain age. We all have met younger people who are “wise beyond their years.” Such folks can be elders, it seems to me. And we have all met older people who are angry and narcissistic and who are not compassionate or wise.

I think what I am looking for in an elder is wisdom and perspective, an ability to love people - ALL people!… someone who listens more than they speak, someone who practices being grateful, someone who appreciates beauty in all of its forms and cares for creation, someone who knows something about prayer, and whose ongoing, decades-long connection to God has rubbed off in such a way that you experience the love and wisdom and peace of God when you are in their presence.

That is how Michael talks about the elders of St. Elizabeth’s.

Every church I have served has talked about our need to welcome and attract younger families, our need to have a solid Christian formation program for children and youth. And I think that is absolutely necessary if our churches are to thrive. What we don’t talk about nearly as often is the need for intergenerational connections, and especially the need for our youngsters to hang out with and learn from the elders in our churches. I watch the children of St. Luke’s come up and give Mother Claudia a hug. They just sink into her loving, welcoming embrace. It doesn’t appear to me that she needs to say a lot. They just soak in the love that is pouring out of her.

What I am saying is that we need our elders as much as we need young families. We need a diverse church, a church that mirrors the depth and breadth and gifts of our entire culture - not just my little circle, my little “tribe.”