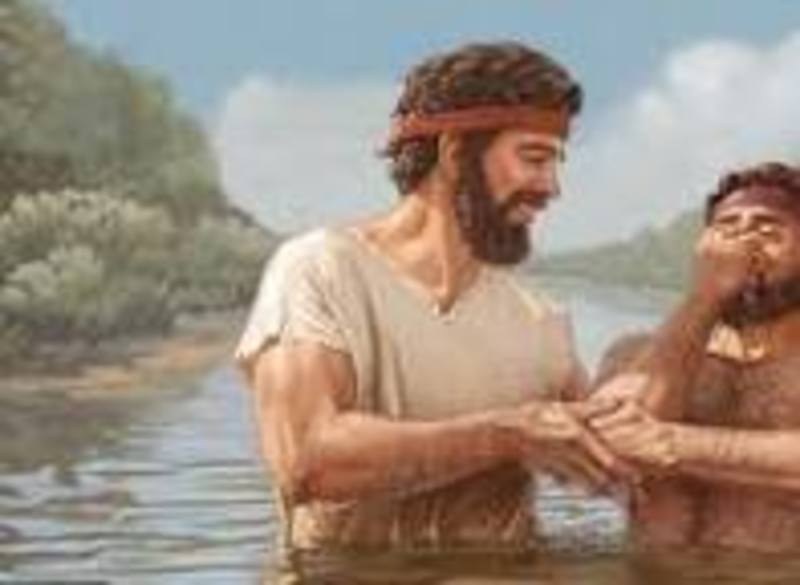 Knowing Your Calling… and Living in Your Genius

19This is the testimony given by John when the Jews sent priests and Levites from Jerusalem to ask him, “Who are you?” 20He confessed and did not deny it, but confessed, “I am not the Messiah.” 21And they asked him, “What then? Are you Elijah?” He said, “I am not.” “Are you the prophet?” He answered, “No.” 22Then they said to him, “Who are you? Let us have an answer for those who sent us. What do you say about yourself?” 23He said, “I am the voice of one crying out in the wilderness, ‘Make straight the way of the Lord,’” as the prophet Isaiah said. (John 1:19-23)

What I find so refreshing about John the Baptist (JTB) is that he knew who he was, who he wasn’t, and what he was called by God to do.

When JTB started baptizing people in the Jordan River and folks started flocking to see this man who was dressed in camel’s hair and eating locusts and wild honey - this man who was addressing the Pharisees and Sadducees as a “brood of vipers,” (see Matthew 3:1-12) - priests and Levites from Jerusalem were sent to check him out. They asked the most basic question: Who are you?

He said that he was NOT…

No, no, no. He was not any of those people. They persisted. “Who are you? Let us have an answer for those who sent us. What do you say about yourself? (John 1:22)

John had an answer. ““I am the voice of one crying out in the wilderness, ‘Make straight the way of the Lord,’’’ as the prophet Isaiah said.” (John 1:23) His listeners would have been familiar with what we now call Isaiah 40: “A voice cries out: ‘In the wilderness prepare the way of the Lord, make straight in the desert a highway for our God. Every valley shall be lifted up… (Cue Handel’s Messiah here.)

JTB knew that his calling was to prepare the way of the Lord (the Messiah) - to “make straight the way of the Lord.” He only had to discern HOW to do that, and preaching and baptizing at the Jordan River became the catalyst. According to John’s Gospel, JTB had his own disciples for a while, but there came a time when he pointed them to Jesus. (See John 1:29-37 and John 3:22-30, where JTB calls Jesus the bridegroom and says that he is the friend of the groom.)

You and I can spend years and years trying to figure out our calling from God. Not only that, but God keeps calling, so you can have a number of callings from God. For example, what you are called to do in retirement may not be the same thing you were called to do during your career. Your calling as a parent shifts once your children leave home. (You are still their mother or father, but the way you live that calling out will change.) When you move to another part of the country, you may suddenly have a new calling in that community, with new friends. Your calling from God can evolve.

That being said, we all have strengths, weaknesses, talents, passions, and even our particular area of unique expertise. Gay Hendricks, in his book The Big Leap, talks about four zones in which we can operate, what he calls the Zone of Incompetence, the Zone of Competence, the Zone of Excellence, and the Zone of Genius. For me, trying to fix almost anything related to plumbing would be in my zone of incompetence, running would be in my zone of competence, writing would probably fall into my zone of excellence, and making the Bible accessible to people in a way that they can connect those ancient scriptures to their daily lives would be in my zone of genius. Hendricks contends that you don’t want to be spending most of your time in your zones of incompetence (especially) or competence, that many people spend a good deal of time working in their zone of excellence, but not enough time in their zone of genius. (Your genius is something you do so well that you can get “in the zone” and lose all track of time when you are doing it, and is probably something that you don’t even realize how good you are at it, because you do it so naturally, or have been doing it so well for so long.)

Anyway… I think John the Baptist not only discovered his calling from God but also lived it out in a way that revealed his particular genius. Jesus did the same thing. So did Francis and Clare and Teresa of Avila and Dame Julian of Norwich. I think Martin Luther King, Jr. did, too. (If you read about King’s life, you will discover that he really wanted to be a college or seminary professor, but his community helped him “discover” his genius by calling him to be the pastor of Dexter Avenue Baptist Church in Montgomery after he finished his PhD at Boston University. And his genius emerged soon afterward.)

It’s good when we don’t spin our wheels doing the wrong thing, and by “wrong,” I mean the things we are not good at. (This doesn’t mean we shouldn’t try new things or keep at various spiritual practices, like prayer. I’m just saying that we should pay attention to where we have gifts and where things really flow for us.)

Do you know what your “genius work” is? If you don’t, ask your family and friends. I bet they have a really good idea what your genius work is!

By God’s grace, may we become as clear about this as JTB did, and serve God - in the way God is calling us to serve - with a joyful heart.