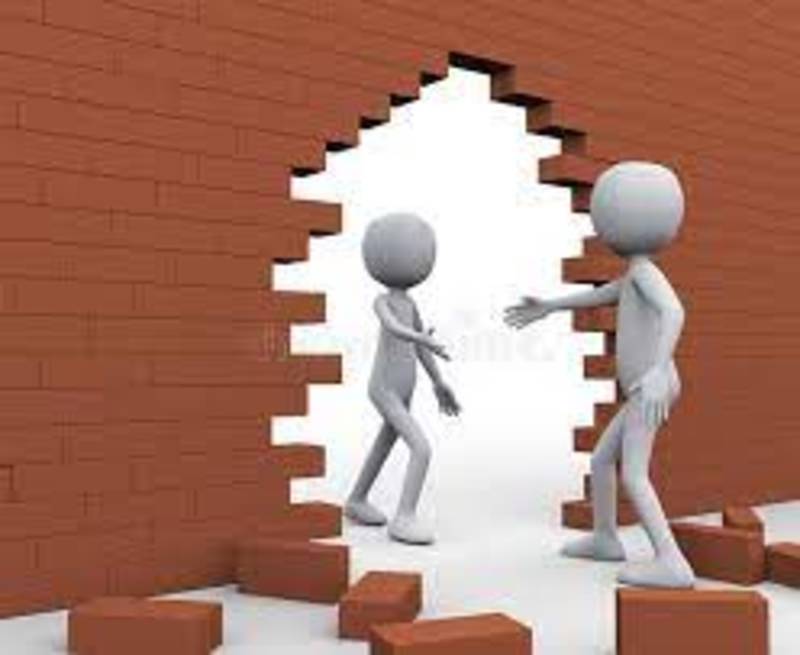 “Let the floods clap their hands; let the hills sing together for joy at the presence of the Lord, for he is coming to judge the earth.” (Psalm 98:8)

“May I never boast of anything except the cross of our Lord Jesus Christ, to which the world has been crucified to me, and I to the world. For neither circumcision nor uncircumcision is anything, but a new creation is everything.” (Galatians 6:14-15)

The verses above all come from the readings for today, September 14 - Holy Cross day. That’s right. There is a day on the church calendar set aside to mark an instrument of torture and death - the cross - becoming the means by which all humanity and all of creation were forever put on a new path, one of salvation and reconciliation and love and light and unity.

September 14 was also my father’s birthday. He was born in 1918, grew up in Chicago, the second of four boys, was a lifelong Bears and Cubs fan, went to Army officers’ training in 1944 in Colorado Springs, met my mom on a blind date on April 29th that year. They were married on July 16 in Boulder - yes, 2-1/2 months later - and my dad was part of the First Army, a pack artillery unit - loading mules - and fighting in Burma. After the war ended, he spent a year with my mom’s uncle, Col. David Barrett, an expert on China, looking for MIAs in China. He came back to Boulder in 1946 and went to CU on the GI Bill. My three sisters were all born in Boulder. My father graduated from CU in 1949, ended up managing the “Vetsville” married student housing apartments, which were all Quonset huts. (The Quonset huts were still being used for married student housing at CU until the early 1970s!) In 1954, my father, mother, and three sisters left Boulder when my dad started his career as a manager of Naval housing. He was a federal government employee, working for the Department of the Navy. Stops included Kodiak Island, Alaska, London (where I was born), Charleston, South Carolina (elementary school for me), and Virginia Beach, Virginia (high school for me - I never went to middle school or Junior High, as Virginia Beach had an 8th-12th grade high school when we arrived in 1970). My favorite memories growing up were playing baseball, going to YMCA summer camp, camping with my family and other families, and driving our pop-up trailer every summer to Colorado, where we saw relatives and friends and hiked in the Rockies. (I always had my birthday in Colorado.) My parents eventually retired to Estes Park in 1976, and my father lived there until he died in 1996. My mom lived in Estes a few years after that, then relocated to Loveland, and died in 2002.

Long after my father’s death, I found some clippings about him - local Navy newsletters and such. He was given awards for how he advocated for women who worked for him in the federal government, putting them forward for promotions in positions that had historically been filled by men. I don’t have those clippings in front of me now, so I cannot quote from them. This was in the late 1960s and first half of the 1970s. The higher-ups in the Department of the Navy recognized Holger William Munson - known as “Muns” to just about everyone - as someone who consistently advocated for women.

I never got the chance to talk to my dad about this, but I wouldn’t be surprised to find out that the fact that the first three children born to my mom and dad were female had something to do with this! He believed all four of us could do anything we wanted to do… anything we applied ourselves to doing, and he wanted his daughters to have the same opportunities that I had. We all followed our parents’ footsteps and graduated from CU in Boulder. My sister Sally went the Navy ROTC route and became a physical therapist, my sister Betsy majored in French and eventually taught all age levels, and my sister Adele - more like my mom -  majored in psychology. I majored in environmental conservation (a new major in the 1970s at CU) and took a while to figure out what I was supposed to do with my “one wild and precious life.” (Mary Oliver, “Summer Day”)

Maybe it was perfect that my father was born on Holy Cross day. Today is my fourth day of sitting inside, dealing with COVID, feeling somewhat isolated (since I have to isolate!), I reflect anew on Jesus’ saving work.

Think of any way that you yourself draw distinctions that separate you from others, or the distinctions that our culture puts forth, often as the means to judge, discriminate, keep people “in their place”, or to justify violence and oppression. We divide or have divided our world into men / women, jobs men do / jobs women do, young / old, adult / child, black / white, gay / straight, Republican / Democrat, sick / healthy, Catholic / Protestant, educated / uneducated, LDS / non-LDS, white collar / blue collar, married / single, children / no children, First World / Third World, rich / poor, Jew / Gentile, Christian / Muslim / Jew / Hindu / Buddhist, believer / unbeliever. I’m sure we all can come up with many more distinctions like these.

The Bible is very clear that Christ came to tear all these divisions - these walls - down. (One of the best passages is Ephesians 2:13-22, where we hear about “one new humanity in place of the two” and all of us becoming “citizens with the saints and also members of the household of God.”) Our minds tend to like to think in these dualistic, very back and white, “This is good, that is bad” ways. But Jesus went to the cross to change ALL of that. Jesus went to the cross to bring EVERYTHING together - not just all of humanity, as amazing as that is, but all of creation!

My dad, through his upbringing, through his faith, through raising with my mom three daughters and a son, through seeing all kinds of people serve in the military, knew something about God’s vision of a new humanity and a new creation - “… a new creation is everything.” (Galatians 6:15)

May we never, ever settle for anything less than becoming a new creation.